Founded by social pioneer Clara Grant, Fern Street Family Centre has been working for the well-being of families in the East End of London since 1907.

As headmistress of Devons Road Infant School (now Clara Grant Primary School), Clara was motivated by her Christian faith to address the poverty and deprivation that blighted the lives of her young pupils, and established the Fern Street Settlement as a hub for a wide variety of projects to improve the welfare of families living in and around Bromley-by-Bow.

One of her best loved initiatives was the Farthing Bundle ceremony, a weekly distribution of small packages of toys and knick-knacks for a nominal fee of just one farthing. The weekly ceremony (going strong as late as 1984) gave rise to Clara’s nick-name as ‘The Bundle Woman of Bow.’

Clara Grant died in 1949 but her vision lives on in our work today.

In 2014, Fern Street Settlement relaunched its work with children and families in partnership with All Hallows Bow church, and in 2019 the project took on a new name… The Fern Street Family Centre. 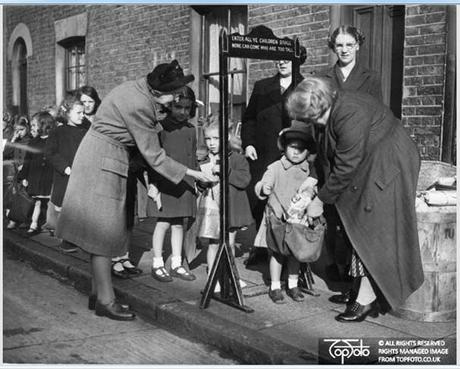